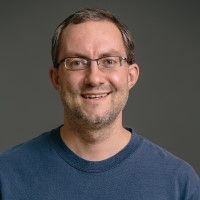 Thomas Zimmermann is a Sr. Principal Researcher in the Productivity and Intelligence (P+I) and Software Analysis and Intelligence (SAINTes) groups at Microsoft Research. His professional interests are software engineering, data science, and recommender systems. He is best known for his research on systematic mining of version archives and bug databases to conduct empirical studies and to build tools to support developers and managers. At Microsoft, he uses both quantitative and qualitative methods to investigate and overcome software engineering challenges. His current work is on productivity of software developers and data scientists at Microsoft. In the past, he analyzed data from digital games, branch structures, and bug reports.

His work received several awards, including seven Ten Year Most Influential Paper awards at ICST’20, ESEC/FSE’19, ICSME’18, MSR’17, MSR’15, MSR’14, and ICSE’14 as well as five ACM SIGSOFT Distinguished Paper Awards. He received the IEEE CS TCSE Distinguished Service Award for his service to the community and the IEEE CS TCSE New Direction Award for co-founding the mining software repositories field. He has served on many program committees (for example, ICSE, ESEC/FSE, ECOOP, OOPSLA, ISSTA, MSR, and ESEM) and reviewed grant proposals for NSF and NSERC. He was Program Co-chair for MSR’10, MSR’11, ICSME’17 and ESEC/FSE’20. He served as General Chair for MSR’13, SIGSOFT FSE’16 and ASE’19. He is Co-Editor in Chief for the Empirical Software Engineering journal and previously served on the Editorial Board of the IEEE Transactions on Software Engineering and IEEE Software. He is the Chair of ACM SIGSOFT, the Special Interest Group on Software Engineering.

He is an ACM Fellow and an IEEE Fellow. He received his PhD in 2008 from Saarland University in Germany. From 2007 to 2008 he was a full-time Assistant Professor in the Department of Computer Science at University of Calgary. His h-index is 69 and he has been cited 22,000+ times according to Google Scholar. His homepage is http://thomas-zimmermann.com. Follow him on Twitter @tomzimmermann.